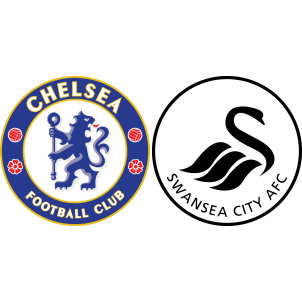 Chelsea vs Swansea City – Chelsea host Swansea City at Stamford Bridge on 25th February, Saturday as the league leaders aim to consolidate their position on top of the English Premier League standings.

Chelsea have sixty points after twenty five games and with two draws in their last three matches, must win against Swansea City to maintain a healthy lead over the second-placed Manchester City who have fifty two points. Chelsea drew their last game against Burnley away from home in a 1-1 result.

Swansea City have managed to climb out of the relegation zone and are now fifteenth in the league standings with twenty four points. Although the Swans are still weeks away from ensuring safety, their 2-0 win over Leicester City in the last league fixture have given them an incredible advantage in the relegation fight.

Thibaut Courtois is ill but still likely to feature. Swansea City will be without the injured Jefferson Montero, Ki Sung-Yueng, Leon Britton and Nathan Dier.

“The fans are incredible. And then they showed me very soon great enthusiasm, great passion.”