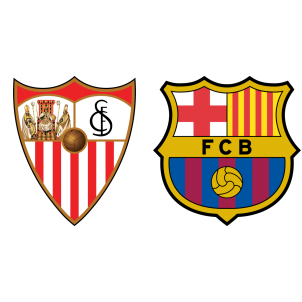 Sevilla are sixth in the league standings with forty-five points, having lost both of their previous two league matches against Valencia and Leganes.

Barcelona sit atop the league standings with seventy-five points and are favourites to clinch the title as they are eleven points ahead of the second-placed Atletico Madrid.

Pablo Sarabia is suspended and Lionel Carole is ineligible. Barcelona will be without the injured Sergi Samper, Sergio Busquets and Lucas Digne.

“If we win that would be important with regards to the title. We have to back up what we have been doing up to now as we are in a decisive month.

It’s an attractive game and with a lot at stake but it is tough ground to visit. I am expecting a Sevilla side with few changes and for them, it’s a vital game as they need points to stay in fourth place.”

According to Sevilla vs Barcelona H2H Stats, Barcelona have won all of their previous five encounters with Sevilla in all competitions. Sevilla’s last league win against Barcelona came in the 2015/16 season.

Barcelona have scored at least 2 goals in fourteen of their last sixteen matches against Sevilla in all competitions. Moreover, the visitors have kept a clean sheet in five of their previous seven La Liga fixtures.

So, Barcelona head into this game as clear favorites and are likely to win 2-0.