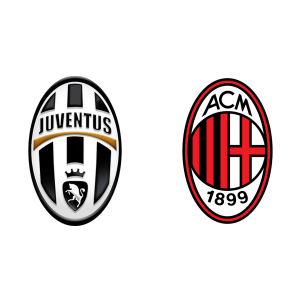 Juventus vs AC Milan – Juventus hosts AC Milan at the Allianz Stadium, Turin on 31st March, Saturday in a Serie A fixture.

Juventus are the favorites for the Scudetto after taking a two-point lead over Napoli as the Naples-based side fumbled in the last few natches. Juventus have seventy-five points after twenty-nine matches, although the title is likely to be decided by their upcoming game against Napoli.

AC Milan are sixth in the Series standings with fifty points and are chasing European qualification for next season.

Juan Cuadrado and Federico Bernardeschi have been ruled out due to injuries while Georgio Chiellini will face a late fitness test.

AC Milan will be without the injured Andrea Conti and Ignazio Abate.

“Winning in this game will be important, not only for Serie A but to give us a boost in the Champions League. However, the biggest mistake we could make would be to think about Real Madrid.

The match against Milan is very important, we have big objectives that we want to achieve and it will be a very difficult game.”

According to Juventus vs AC Milan H2H Stats, Juventus have won three, drawn one and lost one of their five previous matches against AC Milan.

Juventus have won thirty-five of their last thirty-eight home matches in the Serie A, keeping a clean sheet in their last ten games.

AC Milan have won eight of their last nine league games, so it won’t be an easy fixture for the Serie A leaders by any means.

It should be a closely contested match but Juventus are likely to win 2-1 tonight.