Sassuolo vs Napoli – Serie A – Preview 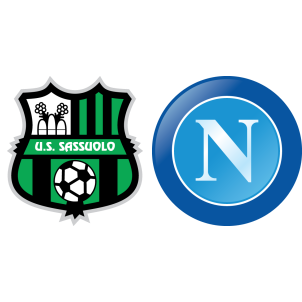 Sassuolo vs Napoli – Napoli travel to MAPEI Stadium on 31st March, Saturday to face Sassuolo as they aim to reclaim their position at the top of the Serie A standings.

Sassuolo are fifteenth in the league standings with twenty-seven points, just three points above the drop zone while Napoli are second in the league table with seventy-three points, trailing favorites Juventus by two points.

Yet both clubs are in a similar vein of form – losing one, drawing one and winning one of their previous three respective league fixtures – Napoli defeating Genoa 1-0 and Sassuolo beating Udinese 2-1 just before the international break.

Sassuolo do not have any injury or suspension concerns but Napoli will be without the injured Faouzi Ghoulam while Elseid Hysaj and Marek Hamsik are listed as doubts.

“Everyone has dreamed of winning the league. We are almost obsessed with achieving it, we don’t think about anything else, but it’s normal to want to do something big and to see a whole city happy. It’s crazy when you come here and see the love Naples has for the team and for football.”

According to Sassuolo vs Napoli H2H Stats, Napoli have won two, drawn two and lost one of their last five matches against Sassuolo.

Napoli are undefeated in their last twenty-seven away matches in the Serie A, while Sassuolo have failed to win any of their previous five home league fixtures.

A 2-1 win for Napoli is the most probable result of this match.