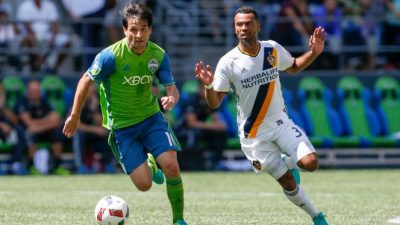 Seattle Sounders have forty four points from thirty one matches and sit on the sixth place, which has put them in contention for the Finals Playoff. Houston Dynamo, on the contrary, sit at the bottom of the Western Conference table with thirty two points and have been ruled out of the race for the playoffs.

Seattle Sounders won their last match against Vancouver Whitecaps by a 2-1 scoreline, stretching their consecutive streak of wins to four matches, while Houston Dynamo lost their second match on the trot when they were beaten 3-2 at home by Colorado Rapids.

Clint Dempsey has been ruled out for the season due to a heart condition. Roman Torres has been listed as a doubt. Nicolas Lodeiro returns from suspension, while Jordan Morris has returned early from international duty.

Houston Dynamo’s only injury concerns are Tyler Deric and Agus, both of whom will face late fitness tests.

“I wanted to come back and help the Sounders. We have to come out and put our stamp on the game. We know that we still have a job to do and we’ve gotta keep pushing and keep that edge to hopefully make the playoffs.”

According to Seattle Sounders vs Houston Dynamo H2H Stats, the last five matches between these two sides have resulted in three draws and two wins for the Sounders. The Washington-based club will start as clear favorites and are likely to win by a 2-0 scoreline.