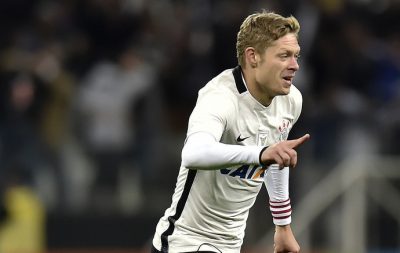 Santa Cruz vs Corinthians – Santa Cruz host Corinthians at Estádio do Arruda in a desperate bid to stay up in top flight, having been firmly entrenched in the Brasileirao Serie A relegation zone.

Santa Cruz are nineteenth in league standings with twenty three points after twenty nine games. The home side have lost their four last league matches on the trot, their last win coming a month ago against Atletico Paranaense.

Corinthians are struggling as well, having failed to win any of their previous six league matches – a poor run of form which has led them to dropping down to the ninth position in the league table with forty two points.

Alemao, Tiago Costa and Derley are sidelined through injuries for Santa Cruz while Allan Vieira is suspended. Danny Morais, Neris and Matías Pisano however return from suspensions.

Corinthians will be without the injured Danilo and Vilson. Angel Romero is yet to join from his international duty. Gustavo and Cassio have been listed as doubts.

Although Corinthians have been unable to find the back of the net in their last four matches, it will be the visitors who will have the upper hand when these two sides play each other.