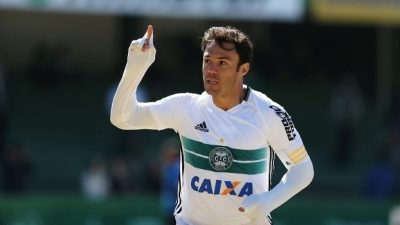 Coritiba vs Figueirense – Coritiba hosts Figuerirense at the Couto Pereira as they aim to find their footing in the Brasileirao Serie A having struggled in the last few weeks.

Figueirense must start winning matches immediately should they want to avoid relegation. They lost to Botafogo and Internacional during the international break. Coritiba, meanwhile, suffered a loss to Internacional in their last game.

According to Coritiba vs Figueirense H2H stats, the last five league encounters between these two clubs have resulted in two wins for Figueirense and three draws. In fact, Coritiba have drawn their last three matches against Figueirense in all competitions.

However, Figueirense have lost their last four away matches in the Brasileirao Serie A, trailing both at half time and full time. With a significant number of their first teamers injured and struggling for form, Marco Goncalves’ side must pull off a miracle to defeat Coritiba.

Coritiba are undefeated in ten of their previous eleven league matches at the Couto Pereira and will start as favorites tonight. Coritiba are likely to win 2-1.