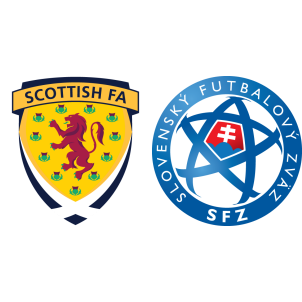 Scotland vs Slovakia – Scotland hosts Slovakia at the Hampden Park, Glasgow on 5th October, Thursday in their penultimate 2018 FIFA World Cup qualifier for the UEFA nations.

The Group F of the 2018 FIFA World Cup qualifiers for the UEFA nations is poised intriguingly with as many as four teams still standing a chance to qualify for the knock-outs. While the group winners will automatically qualify for the World Cup to be held in Russia next summer, the second-placed team from each group stands a chance to progress to the second round of the qualifiers.

Scotland are fourth in the standings with fourteen points, trailing Slovenia on goal difference and Slovakia by one point. England are leading the group with twenty points and with relatively comfortable fixtures, are likely to progress directly to the World Cup.

Lithuania and Malta are already eliminated. Scotland play away to Slovenia while Slovakia have an easy home fixture against Malta in their final game of the first round of the FIFA World Cup qualifiers.

Scott Brown and Stuart Armstrong have been ruled out of the Scotland side with hamstring injuries, as confirmed by Celtic manager Brendan Rogers earlier in the week. Slovakia do not have any injury concerns as of now.

“We certainly do not have to be afraid, on the other hand, we should be humble, modest, yet self-confident. In many matches, we have confirmed that this team has its quality and we will also be confident of going to this match. I believe we can handle it.”

According to Scotland vs Slovakia H2H Stats, the only previous meeting between these two countries came in the reverse fixture which Slovakia won 2-0. Scotland had made a poor start to their World Cup qualifying campaign with just four points in their first four games, but have since picked up the pace.

Slovakia, on the other hand, have been a revelation right from the onset, their only losses coming to England and Slovenia. It should be a closely contested affair with a 1-1 draw being the most likely result.