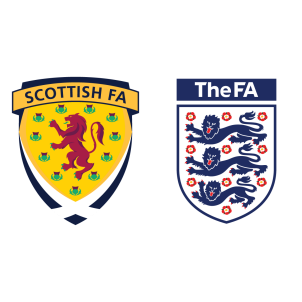 Scotland vs England – Scotland hosts England at the Hampden Park, Glasgow in the FIFA World Cup qualifiers for the UEFA countries. England are currently leading Group F points table with thirteen points after five games and all set to directly qualify for next year’s FIFA World Cup.

England are yet to lose a game and a win tomorrow could help them open up a gap with the other countries in the same group. Scotland, in fourth place with seven points, are primarily competing for the ‘runners-up’ position alongside Slovakia and Slovakia, who have nine and eight points respectively and play the two least accomplished nations of the group, Lithuania, and Malta tomorrow.

England won 3-0 in the reverse fixture in November of last year.

Kieran Tierney will face a late fitness test for the Scottish side while England will be without the injured Jamie Vardy.

“I want to be classed in that [world-class] bracket, but I know I’m not there yet. Part of it is proving it on the international stage. I think at club level I’ve had a good few seasons, but now it’s about taking that next step, international football in the big games, in the big moments.

I’m working harder than ever to try and achieve that. I’m 23 now. Hopefully, I’ve got quite a few more years left and I can learn and get better and really push forward.”

According to Scotland vs England H2H Stats, England have won four and lost only one of their five previous games against Scotland. England have kept a clean sheet in their last 6 matches and are likely to win 2-0 tomorrow.