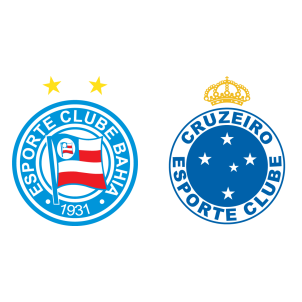 Bahia vs Cruzeiro – Bahia hosts Cruzeiro at the Estadio Fonte Nova on 8th June, Thursday in one of the early season fixtures of the Brasileiro Serie A.

Bahia are tenth in the league standings with six points while Cruzeiro are eighth with seven points. Bahia won 2-0 against Atletico GO in their last game to bounce back from two consecutive defeats in preceding matches against Vasco da Gama and Botafogo.

Cruzeiro, however, are coming off a 2-0 loss at the hands of Chapecoense AF after starting the week in the third position in the league standings.

Hernane Brocador and Regis are sidelined through injuries for Bahia. The visitors will be without the injured Ezequiel, Manoel, Marcos Vinicius, Robinho, Rafael Sobis and Giorgio de Arrascaeta.

“It is an honor to be among the professionals and have the opportunity to honor the celestial mantle. It is a dream of mine, of my parents, of my family, which is taking place.”

According to Bahia vs Cruzeiro H2H Stats, the last five matches between these two clubs have resulted in four wins for Cruzeiro and just one victory for Bahia.

Bahia have been prolific scorers so far in the league, and with Cruzeiro struggling to find their rhythm, an exciting match is on the cards. A 3-2 win for Bahia is the most probable outcome.