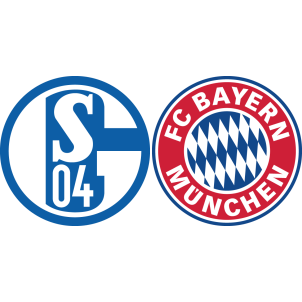 The Bundesliga is poised intriguingly after the first four games with the top six clubs separated by three points only. Borussia Dortmund are top of the table with ten points, leading Hoffenheim on goal difference while Bayern Munich are third with nine points.

Carlo Ancelotti’s side defeated Mainz 4-0 in their previous game to bounce back from their 2-0 defeat against Hoffenheim in the preceding game. Schalke 04 have won their last two league games, against VfB Stuttgart and Werder Bremen, and are placed fourth with nine points as well.

Alessandro Schopf will face a late fitness test for the home side while Bayern Munich will be without the injured David Alaba, Juan Bernat, Manuel Neuer and Arjen Robben.

“We played very well against Mainz and the three points give us even more confidence. We want to follow up that performance against Schalke. I believe rotation is important at the moment to keep the players motivated and in good form.”

According to Schalke 04 vs Bayern Munich H2H Stats, the last five matches between these two clubs resulted in four wins for Bayern Munich and one draw. In fact, Bayern are undefeated in their last 15 matches against Schalke in all competitions.

It should be a closely contested affair for Schalke 04 are undefeated in their last nine home games in the league, but a 2-1 win for Bayern Munich is the most likely result.