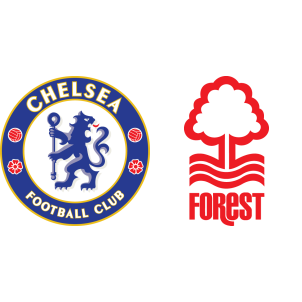 Chelsea played a disappointing goalless draw against Arsenal in the weekend when David Luiz was sent off for a rash tackle. The defending champions have already fallen behind the two Manchester clubs in the race for the Premier League title and seem to be struggling with coping with injuries and suspensions with a relatively small squad.

Nottingham Forest are placed tenth in the EFL Championship and are coming off a 2-1 loss at the hands of Wolves this past Saturday.

Daniel Drinkwater is injured while Pedro is unlikely to be risked after he picked up a knock on Sunday. David Luiz is suspended. The visitors will be without the injured Matthew Cash, Chris Cohen and Jamie Ward.

“We play Forest in midweek so it’s one less game in the Premier League, but the manager may have rotated David anyway. It’s a blow because David has been playing really well since he arrived last season. He’s a great player and a great leader but we have confidence in the other guys as well. He will be missed but we have good players on the bench.”

According to Chelsea vs Nottingham Forest H2H Stats, the last five matches between these two clubs resulted in three wins for Chelsea, one loss and one draw – the loss coming way back in the 1996/97 Premier League season.

A 2-0 win for Chelsea is the most probable outcome of this game.