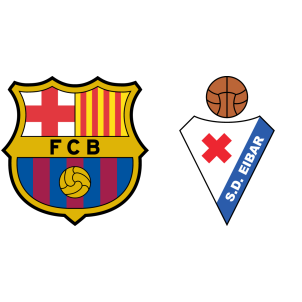 Barcelona vs Eibar – Barcelona hosts Eibar at the El Camp Nou on 19th September in a La Liga fixture as they aim to extend their lead at the summit.

Barcelona lead the La Liga standings with twelve points after four games and have opened up a small but significant point lead at the top of the table. They defeated Getafe in a closely fought 2-1 win this past weekend.

Eibar are tenth in the league table with two wins and two losses – their 1-0 win over Leganes helped stem the rot after two consecutive losses against Athletic Bilbao and Sevilla which followed their 1-0 win over Malaga in the opening weekend.

Ousmane Dembele’s injury is a major concern for Barcelona, whose only other injured player is Rafinha. Eibar will be without the injured Yoel Rodriguez, Fran Rico, Pedro Leon and Ivan Alejo.

“We had nine points to play for. We need to try and tune out the noise around us and focus on winning tomorrow. They’re a very valiant team, they come right at you and they don’t let you play your game. They don’t let you develop your game on their half of the pitch, and they make it hard for you to get out of your own end.”

According to Barcelona vs Eibar H2H Stats, the last five matches between these two clubs all resulted in wins for Barcelona. The Catalan club have been prolific scorers at home and are likely to win 3-0 tomorrow.