← Fluminense vs Corinthians – Brasileirao Serie A – Preview
Will Neymar Move To Paris Saint-Germain? → 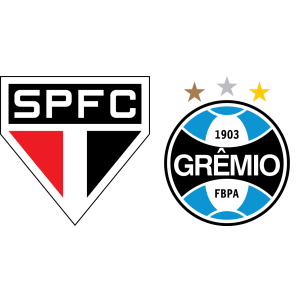 Sao Paulo are eighteenth in the league standings with fifteen points while the visitors are second in the league table with thirty-one points. Corinthians have opened up an early lead at the top of the Brasileirao Serie A standings and are leading by nine points.

Gremio have bounced back from their three consecutive losses with three back-to-back wins against Flamengo, Ponte Preta and Vitoria in their last three games. Sao Paulo won 1-0 against Vasco da Gama in their previous match to end their five game winless streak.

Diego Lugano is suspended for the hosts while Denis and Maicosuel are sidelined through injuries. The visitors will be without the suspended Lucas Barrios and the injured Douglas.

According to Sao Paulo vs Gremio H2H Stats, Sao Paulo have won three, lost one and drawn one of their last five matches against Gremio. In fact, Sao Paulo are undefeated in ten of their last eleven home matches in the Brasileirão Serie A.

Gremio have scored from long range quite a few times this season while Sao Paulo has been prone to defensive errors in the league, which has been a primary reason of their poor league standing.

Sao Paulo have seen under 2.5 goals in seven of their last eight matches against Gremio in all competitions. It should be a closely contested affair but based on current form, Gremio are likely to win 2-1 tonight.