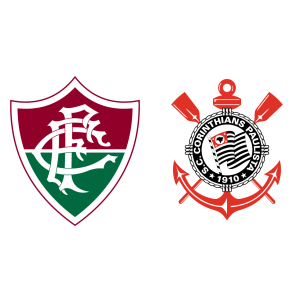 Fluminense are ninth in the league table with only twenty-one points after fifteen matches while Corinthians sit atop the league standings with thirty-seven points.

Fluminense have won only one of their last six league matches, losing one and drawing the other four. They are coming off a 1-1 draw against Cruzeiro. Corinthians have also drawn their last two games – a 2-2 draw against Atletico Paranaense was followed by a goalless draw against Avai FC.

Marquinhos Calazans is suspended for the hosts while Pierre Sornoza, Junior, Wellington Silva, Douglas, Renato Chaves and Gum are sidelined through injuries.

The visitors will be without the injured Giovanni Augusto, Danilo, Vilson, Jadson and the suspended Marquinhos Gabriel.

“We now have to see the strength of the group, the level of training of those who have not been playing is very good, it is bad to lose players who came very well, we wanted to count on everyone, we lose, but we have total confidence in the other players.

We need to remain focused, focused on our work. Keep among the former, think from game to game, respecting all teams, but seeking our victories. “

According to Fluminense vs Corinthians H2H Stats, the last five matches between these two clubs resulted in two wins and two losses for either side and one draw. Although Fluminense are undefeated in their last 7 home matches against Corinthians in all competitions, they have failed to win any of their previous six home games in the league.

A 2-1 win for Corinthians is the most likely result.