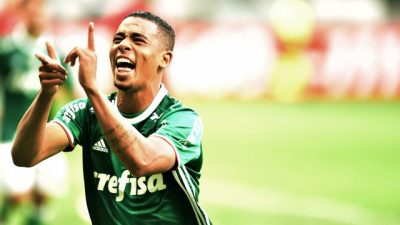 Palmeiras vs Cruzeiro – Palmeiras hosts Cruzeiro at the Allianz Parque on 13th October, Thursday as they aim to consolidate their position atop the Brasileirao Serie A standings.

Palmeiras sit atop the league table with sixty points after twenty nine matches – with eighteen wins courtesy the best offense in the league. Palmeiras are closely trailed by Flamengo who are on fifty seven points.

With a close race expected for the Campeonato Brasileirao title in the lead-up to the final weeks of the season, Palmeiras must secure every point to ensure their ninth championship. Should Palmeiras prevail come end of the season, the Sao Paulo-based club could create a new record of winning the maximum number of championships in the history of Brazilian football.

Cruzeiro, their opponents tonight, are thirteenth with thirty six points. Their wins against Gremio and Ponte Preta in the last two matches put a stop to their poor stretch of form when they failed to win four consecutive games.

Fernando Prass will be Palmeiras’ only absentee as Gabriel Jesus has returned from international duty. Dede, Mayke, Fabio and Allison are sidelined through injuries for Cruzeiro while Edimar and Manoel are suspended.

According to Palmeiras vs Cruzeiro H2H stats, the previous five Brasileirao encounters between these two clubs have resulted in three wins for Cruzeiro and two draws. However, Palmeiras have won both the Copa do Brasil fixtures they played against Cruzeiro last year.

Palmeiras are unbeaten in their last twelve league matches and are likely to win tonight by a 2-0 scoreline.