AS Roma vs Genoa – Serie A – Preview 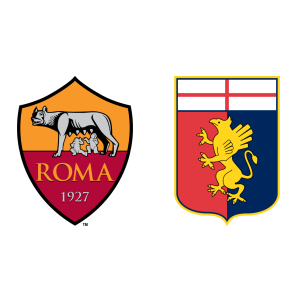 AS Roma vs Genoa – AS Roma hosts Genoa at the Stadio Olimpico, Rome on 28th May, Sunday in their final Serie A game of the season.

AS Roma are yet to secure Champions League football for next season and are competing for the second position in the league standings with Napoli, for it will help them qualify directly for Europe’s premier competition, while the third-placed club has to participate in the UEFA Champions League qualifiers.

Juventus have already secured the Serie A title with ninety-one points,

AS Roma have eighty-four points with twenty-seven wins, while Napoli are trailing by a point. AS Roma’s opponents tonight, Genoa are sixteenth with thirty six points. Both clubs are coming off wins in their last league matches.

Alessandro Florenzi is injured for the hosts while Genoa will be without the injured Mattia Perin and the suspended Armando Izzo.

Genoa have failed to win six of their last seven away games. AS Roma are the favorites tonight and likely to win 1-0.