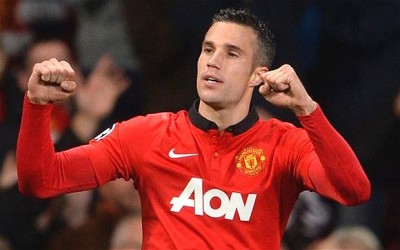 Robin van Persie is all set to leave Manchester United after the Dutch centre forward reached to an agreement in principle with Fenerbahce, reported an exclusive from The Guardian today.

According to the British news daily, Robin van Persie’s agent, Kees Vos has been in Turkey for the last couple of days to secure a deal with the Turkish Super Lig club. The negotiations for the transfer fee between the two clubs is the only aspect of the deal yet to be closed, with the player already agreeing on personal terms. It is widely speculated that the transfer fee could be as low as £5m. Robin van Persie will be signing a four year deal with the Super Lig runners-up of last season.

Robin van Persie’s fall from grace at Old Trafford has been nothing less than dramatic. Widely tipped to be Louis van Gaal’s main man when the Dutch took charge of the Manchester United squad past summer, van Persie has found it difficult to break into the first team. Plagued with injuries and off form, the 2011-12 PFA Player’s Player of the Year scored just 10 goals in all competitions last season. Even the struggling Falcao was preferred over him.

Although the transfer fee is meagre, Manchester United will be able to get his £12m worth of wages off their accounts and also open up an international spot in the squad. With SkyBet suspending all betting on the striker’s future, it seems the £24m signing of Alex Ferguson, who won two Premier League Golden Boot honours during his time in England, is on the move to Turkey.