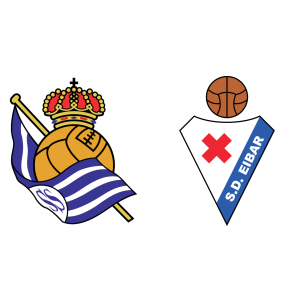 Real Sociedad are fifth in the La Liga standings with forty four points while Eibar are eighth with thirty eight points. Both clubs are in a similar vein of form winning four of their previous six La Liga games.

Real Sociedad defeated Las Palmas in a closely contested 1-0 result while Eibar were victorious in a 3-0 win over Malaga in their last league outings. These two wins helped the clubs to bounce back from their previous defeats – against Villarreal and Sevilla respectively.

Carlos Martinez, Imanol Agirretxe and Willian Jose are sidelined through injuries for Real Sociedad. The visitors will be without the suspended Ander Capa and the injured Nano and Imanol Sarriegui.

“We’re just focusing on the fact that we’re very well placed in the league and that we’ve got a game tomorrow. There’s no time to go thinking any further ahead. I believe that we’ve secured survival and we now want to go on and finish amongst the top 10.”

According to Real Sociedad vs Eibar H2H Stats, the last five matches between these two sides have resulted in two wins and two losses for either side and one draw. In fact, Eibar have won only three of the twelve matches played between these two clubs in all competitions.

There have been over 2.5 goals scored in six of Eibar’s last seven games in the La Liga. Moreover, Real Sociedad have seen under 2.5 goals in five of their last six home matches against Eibar in all competitions.

It should be a closely contested affair but a 1-1 draw is the most likely outcome for this match.