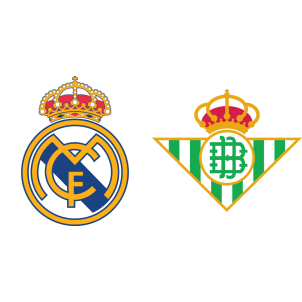 Real Madrid are second in league standings with fifty nine points, trailing Barcelona (who have played one game more) by one point. Real Betis have won only one of their previous six games and are fourteenth with twenty eight points.

Gareth Bale is suspended and Raphael Varane is injured. Jonas Martin is the visitors’ only injury concern.

“We’re going to do all we can at home to win every game and not drop points. We’ve managed to do that so far and we’ve got to focus on carrying it on and doing a good job. We’re always going to try and win games or at least not lose them.

Now we’re facing the most difficult, important period. There’s not long left and every point will be crucial.”

According to Real Madrid vs Real Betis H2H Stats, the last five league matches between these two clubs have resulted in four wins and one draw.

In fact, Real Betis have won only twice of their previous twenty five meetings with Real Madrid. Real Madrid have scored at least 2 goals in their last nine home matches in the La Liga and are likely to win tonight.

A 3-1 win for Real Madrid is the most likely outcome tonight.