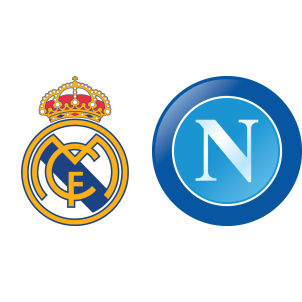 Real Madrid vs Napoli – Real Madrid hosts Napoli at the Santiago Bernabeu on 15th February in the first leg of their Round of 16 tie of the UEFA Champions League.

Real Madrid finished behind Borussia Dortmund in Group F while Napoli topped Group B ahead of Benfica, Besiktas and Dynamo Kyiv. Benfica earned a 1-0 advantage at home over Borussia Dortmund last night in a surprising turn of events.

The most shocking result of last night, however, was Barcelona’s 4-0 loss to Paris Saint-Germain at Parc des Princes. Real Madrid will look to avoid a similar embarrassment when they host the Serie A club tonight.

Gareth Bale is unfit for the hosts while Napoli will be without Lorenzo Tonelli, who is sidelined through an injury.

“Everyone wants to win the Champions League but it’s a long, hard road we’re on. Napoli are a good attacking side and they play with a lot of intensity and speed. They’re small, tricky players with good technique. We have the tools to do them harm and we want to do that.”

According to Real Madrid vs Napoli H2H Stats, these two clubs have never faced each other in a competitive fixture before. Real Madrid are undefeated in their last 10 matches in the UEFA Champions League.

There have been over 2.5 goals scored in Real Madrid’s previous six UEFA Champions League matches, with Real Madrid themselves scoring at least 2 goals in each of those games.

Napoli will pose a difficult challenge ahead of the La Liga leaders but Zinedine Zidane’s side are likely to prevail with 3-1 being the most probable scoreline.