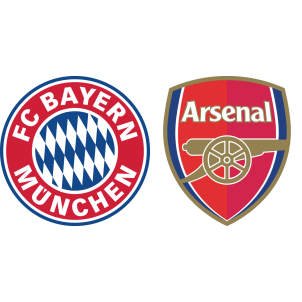 Bayern Munich vs Arsenal – Bayern Munich hosts Arsenal at the Allianz Arena on 15th February, Wednesday in the first leg of their Round of 16 tie of the UEFA Champions League.

Bayern Munich finished second in Group D behind Atletico Madrid, but Arsenal, who topped Group A ahead of Paris Saint-Germain will feel they have been handed out a difficult draw in light of their recent domestic stumbles.

These two clubs have faced each other on numerous occasions in the last few seasons of Europe’s premier competitions with the Bundesliga champions holding a statistical edge over Arsene Wenger’s side.

Franck Ribery and Jerome Boateng are sidelined through injuries while Xabi Alonso will face a late fitness test. Arsenal will be without the injured Santi Cazorla, Aaron Ramsey, Yaya Sanogo, Mathieu Debuchy and Lucas Perez.

“We know we play against Bayern who, basically, listening to you [reporters] are favourites. We have to be very positive on the fighting front and playing front. When you look at their record they are always in the last four. It is a massive challenge but we are capable of dealing with it.”

According to Bayern Munich vs Arsenal H2H Stats, the last five matches between these two clubs have resulted in two wins and two losses for either side and one solitary draw.

Arsenal have scored at least 2 goals in their last five matches in the UEFA Champions League and went through the group stage undefeated. However, Bayern Munich are likely to win 2-1 tonight.