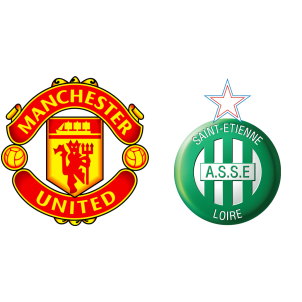 Manchester United scraped through a relatively easy group in the Europa League alongside Feyenoord, Fenerbahce and Zorya in spite of a couple of losses. Jose Mourinho’s side have been the form side of the English Premier League in the last couple of months and will be the favorites against the Ligue 1 club.

AS Saint-Etienne are unbeaten in this season’s UEFA Europa League and currently sit in the fifth place in Ligue 1 standings. Although none of their previous European opponents this season were clubs of Manchester United’s stature, Christophe Galtier’s side could pose a tough challenge.

Wayne Rooney, Michael Carrick and Phil Jones are sidelined through injuries but Jose Mourinho is likely to name a strong first eleven otherwise. The visitors will be without the injured Oussame Tannane, Robert Beric, Alexander Soderlund and Cheikh M’Bengue.

“Initially, we said ‘damn, that’s not the best draw’. But we’re playing in Europe to take part in exactly this type of match. They’re a top European club who, not so long ago, were winning the Champions League.”