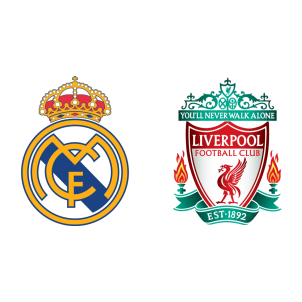 Real Madrid vs Liverpool – Real Madrid play Liverpool at the Olimpskiy National Sports Complex in Kiev in the finals of the UEFA Champions League.

Real Madrid eliminated the likes of Paris Saint-Germain, Juventus and Bayern Munich in their knockout fixtures while Liverpool got the better off Manchester City and AS Roma in the quarter-finals and semi-finals.

While a win for Zinedine Zidane’s side will make it an unprecedented third consecutive victory for Real Madrid, a Liverpool win could hand Jurgen Klopp his first ever European trophy and will ensure Liverpool’s return to the pinnacle of European success.

Real Madrid do not have any injury or suspension concerns but Liverpool are without the injured Joel Matip, Alex Oxlade Chamberlain and Joseph Gomez.

“There’s a great deal of hard work that goes into reaching three consecutive finals and a lot of talent too. When in possession we’ll have to attempt to hurt the opposition, whilst bearing in mind the way they play.

There are always moments of madness in games and it’s a case of trying to suffer as little as possible when out of possession and do damage when we attack. We’ll have to dig in, there’s no question about that.”

According to Real Madrid vs Liverpool H2H Stats, the four previous meetings between these two clubs have resulted in two wins and two defeats for either club. It is one of the most anticipated UEFA Champions League finals of recent seasons with a 2-1 win for Real Madrid being the most probable result.