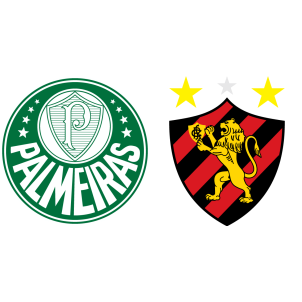 Palmeiras vs Sport Recife – Palmeiras hosts Sport Recife at the Allianz Parque, Sau Paulo on 26th May, Saturday in a relatively easy Brasileirao Serie A fixture.

Palmeiras are fourth in the league standings with eleven points, two points behind league leaders Atletico MG. The club with the most number of championships bounced back from their 1-0 defeat against Corinthians with a 3-0 win over Bahia in their previous league outing.

Sport Recife are twelfth in the league standings with eight points and have won only two of their six previous league fixtures. Their 1-1 draw against Corinthians suggests the visitors can get positive results against clubs placed higher in ranks.

Moises is injured while Miguel Borja is on international duty. The visitors will be without the injured Andrigo.

According to Palmeiras vs Sport Recife H2H Stats, the last five matches between these two clubs have resulted in four wins for Palmeiras and just the one win for Sport Recife. Moreover, Palmeiras have scored at least two goals in their last four matches against Sport Recife in all competitions, so it is expected to be a high-scoring affair.

Palmeiras have kept a clean sheet in their last four home matches in the Brasileirão Serie A, their away form being the point of contention this early in the season.

This platform has given me a competitive field for which I can exercise my skill against many punters. This empowers me on decisions to call. It's a fairly fun endeavor. Kudos soccer punter.