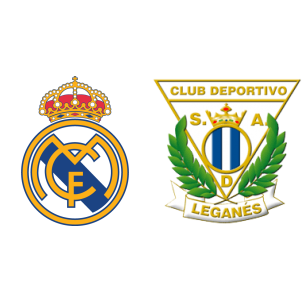 Real Madrid are third in the La Liga standings with sixty-eight points following their 1-1 draw against Athletic Club de Bilbao in their last league outing. Although Real Madrid are focussing on winning a third straight UEFA Champions League, they would love to finish their domestic season strongly.

Leganes are sixteenth in the league standings with forty points, their goalless draw against relegation-threatened Deportivo La Coruna all but securing another season of top-flight football.

Isco and Daniel Carvajal are sidelined through injuries for Real Madrid while Leganes will be without the injured Alexander Szymanowski.

“The objective is the same as it’s been in recent matches: try to add points in order to get second place. We’ve five games and we want to do our best to finish as high as possible in the league. We could start the game strong, but tomorrow the idea is to put in a good performance in terms of the intensity it can cause problems for the opponents.

On top of that we’ll have to maintain out concentration because they’re a good team and do things well. We must control what they do well and play our football.”