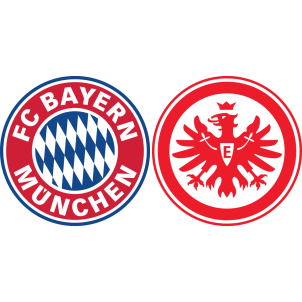 Bayern Munich have already secured the Bundesliga title and have seventy-eight points after thirty-one matches. Their 3-0 win over Hannover 96 in their last game made it five wins out of six for the Bavarian giants, but their 2-1 loss to Real Madrid in the first leg of their UEFA Champions League semi-finals will worry Heynckes and co.

Eintracht Frankfurt were in contention for European qualification for the majority of the season, but four losses in their last six matches, including a 3-0 loss to Hertha Berlin in their last league outing has demoted the side to the seventh position with forty-six points.

The visitors will be without the suspended Makoto Hasebe and the injured Carlos Salcedo and Jonathan de Guzman.

In fact, Bayern Munich have not lost any of their previous thirteen matches against Eintracht Frankfurt, their last defeat to Eintracht coming in the 2009/10 Bundesliga season.

Bayern Munich are undefeated in their last thirty-seven home matches in the Bundesliga and are clear favorites tonight. A 2-0 win for Bayern Munich is the most likely outcome tonight.