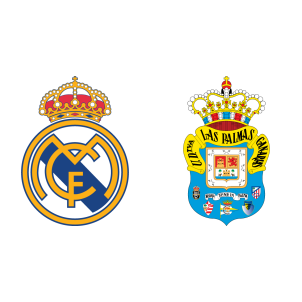 Real Madrid vs Las Palmas – Real Madrid hosts Las Palmas at Santiago Bernabeu on 1st March, Wednesday in a La Liga fixture as they aim to consolidate their position on the summit of the league standings.

Real Madrid have fifty five points after twenty three matches, one point more than Barcelona who have played one more game. Real Madrid are in a rich vein of form, having bounced back from their 2-1 defeat to Valencia with a 3-2 win over Villarreal away from home.

Las Palmas, twelfth in the league standings with twenty eight points, have suffered four consecutive losses to Granada, Sevilla, Malaga and Real Sociedad – all of them by a solitary goal margin.

Raphael Varane is injured for the hosts while Gareth Bale and Danilo are doubtful. The visitors will be without the injured Javi Castellano, Michel Macedo, Angel Montoro, Marko Livaja and Helder Lopes.

“I expect a difficult game against a team like Las Palmas. Technically they know how to play well in possession, especially in midfield, we’ll try to not let them play in our half. They’ve got a lot of quality.”

According to Real Madrid vs Las Palmas H2H Stats, Real Madrid have won three, lost one and drawn one of their previous five matches with Las Palmas.

Real Madrid are the favorites tonight and are likely to win 3-1 against Las Palmas.