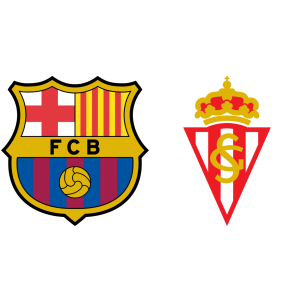 Barcelona are second in the league standings with fifty four points, a point behind Real Madrid who have played one fewer game than the Catalan club. In their previous league outing, Barcelona won against Atletico Madrid in a closely contested match, owing to a late goal from Lionel Messi.

Sporting Gijon are eighteenth in the league standings and battling relegation as they have seventeen points after twenty four matches. Although they drew 1-1 against Celta Vigo in their last league fixture, only one win in their previous six La Liga games have put the visitors in a precarious position in the fight for survival.

Aleix Vidal and Jeremy Mathieu are still sidelined through injuries but Javier Mascherano and Arda Turan have resumed training and will face late fitness tests. The visitors will be without the suspended Jorge Mere but have an otherwise healthy squad to choose from.

“Sporting have changed tactically all over the field and now perhaps they are more attacking. They are a dangerous side, as are all the sides down the bottom of the table because time is running out in the battle against relegation.”

According to Barcelona vs Sporting Gijon H2H Stats, the last five league matches between these two clubs have all resulted in wins for Barcelona. In fact, Barcelona are unbeaten in nineteen of their twenty-one meetings with Sporting Gijon in all competitions.

Barcelona are likely to win 3-0 tomorrow.