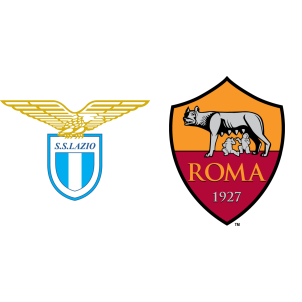 Lazio vs AS Roma – Lazio hosts AS Roma at Stadio Olimpico, Rome on 1st March, Wednesday in the first leg of their Coppa Italia semi-finals.

The semi-final promises to be an intriguing battle between the local rivals and the latest edition of this Roman derby is expected to be an intense 180-minute affair with qualification for the Coppa Italia finals on the line.

Lazio defeated Genoa and Internazionale in the earlier rounds while AS Roma got past Sampdoria and Cesena to set up this meeting. In the Serie A, Lazio are fifth with fifty points while AS Roma are second with fifty nine points.

Senad Lulic, Stefan Radu and Patric are suspended for Lazio while Federico Machetti is listed as a doubt. AS Roma will be without the suspended Alessandro Florenzi.

“The derby is important for three reasons, because it gives us the chance to make the final. Plus it’s important to our fans and we’re well aware of what matters to the supporters. We’ve always squeezed out every last drop as we approach games. I haven’t seen anyone who’s not on board with this cause. But this time we’ll dig even deeper.”

According to Lazio vs AS Roma H2H Stats, the last five meetings between these two clubs have resulted in four wins for AS Roma and one draw.

Not only have Roma won their last four matches against Lazio in all competitions, they are unbeaten against Lazio in the last seven encounters. However, Lazio are undefeated in ten of their previous eleven Coppa Italia matches.