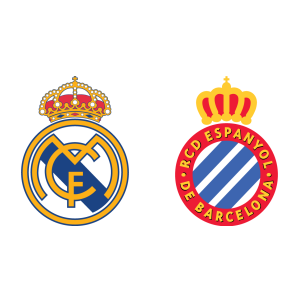 Real Madrid vs Espanyol – Real Madrid hosts Espanyol at the Santiago Bernabeu on 18th February as they aim to consolidate their position atop the La Liga standings.

Real Madrid have forty nine points after twenty matches and they bounced back from their 2-1 loss to Sevilla with three consecutive wins, their previous match ending in a 3-1 win over Osasuna. Zinedine Zidane’s side played out a similar scoreline against Napoli in the midweek.

Espanyol, who lost to Real Sociedad in their last league game, are ninth in the La Liga table with thirty two points courtesy eight wins, having played two games more than the league leaders.

Sergio Ramos, Gareth Bale and Danilo will face late fitness tests while Espanyol will be without the injured Leo Baptistao, Victor Sanchez and Marc Navarro. Javi Fuego, Reyes and Pablo Piatti are listed as doubts.

“Espanyol have had great results recently and we know it will be difficult, but that is how it is going to be every three days and we are focussed. The squad are ready for anything.”

Real Madrid have won eleven of their previous thirteen La Liga matches, scoring at least two goals in each of those games. Zinedine Zidane’s side are the clear favorites at Santiago Bernabeu tonight and are likely to win 3-0.