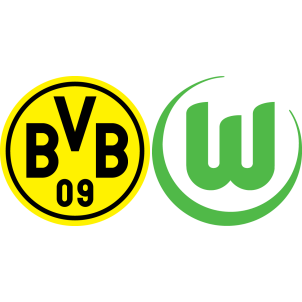 With just two wins in their last six league games, Thomas Tuchel’s side are coming off a disappointing 1-0 loss to Benfica in midweek’s UEFA Champions League match. Borussia Dortmund are fourth in league standings with thirty four points, having lost 2-1 to Darmstadt in their previous league outing.

Wolfsburg have had a disastrous season on the domestic aspect and now sit on the fourteenth place in league standings, although they have managed to secure four wins in their last six matches with a crucial 2-1 victory over Hoffenheim last week.

Sven Bender and Sebastian Rode are sidelined through injuries while Mario Gotze has been listed as a doubt. Wolfsburg will be without the injured Ismail Azzaoui, Justin Mobius and Josuha Guilavogui.

“It is important that we are prepared to put in the leg-work, close down the spaces, get close to our opponents and prevent them from picking up pace – that will be the key to our success. We will need to react to their pressing game with clear solutions and look to get through to their by-line. Then we’ll get our chances, because Dortmund allow a lot through.”

Borussia Dortmund are undefeated in their last 30 home matches in the Bundesliga and are the favorites to win 2-1 tonight.