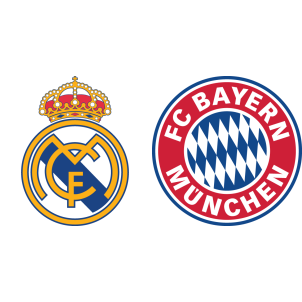 Real Madrid won 2-1 against Bayern Munich at the Allianz Arena in the first leg and are the clear favorites tonight, for Zinedine Zidane’s side have played a few exceptional matches in Europe’s premier competition, especially in the knockout stages, eliminating the likes of Paris Saint-Germain and Juventus in the earlier rounds.

Bayern Munich, having already secured yet another Bundesliga title, faced Besiktas and Sevilla in the earlier knockout rounds and face an uphill battle tonight.

Daniel Carvajal and Nacho miss out due to injuries while Bayern Munich will be without the injured Jerome Boateng, Kingsley Coman, Arturo Vidal, Arjen Robben and Manuel Neuer.

“The key for us it to go out to win the game. No need to take chances, to play on the back foot, nor to do anything strange. We’ve got to go out and get an early goal. It’s a semifinal and we know the importance of the game. We know what we have to do.”