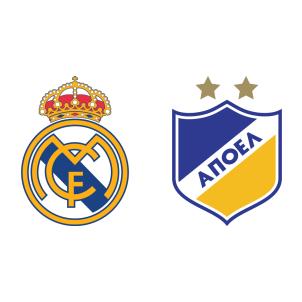 Real Madrid have won two consecutive UEFA Champions League and are gunning for their third straight win in Europe’s premier competition. They have been drawn in Group H alongside APOEL, Borussia Dortmund, and Tottenham Hotspur.

Although Madrid are struggling with injuries to their strikers, they are the firm favorites against the Greek side tonight.

Karim Benzema and Jesus Vallejo are injured. The visitors will be without Zhivko Milanov, Facundo Bertoglio and George Efrem, all of whom are carrying knocks.

“We are champions but everything is beginning from zero again. At the moment I am only thinking of tomorrow, against an opponent who have experience and have the chance to play their own good game.”

“It’s true some of our lads might not have experience here, but in the last five years we’ve played European football. It’s a hard game, our chances are small but we will see – you never know.”

A 5-0 win for Real Madrid is the most likely result tonight.