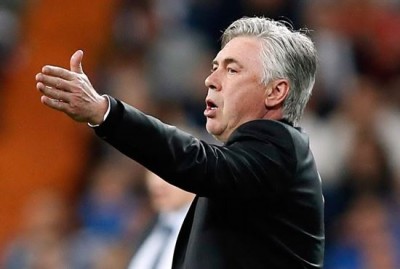 Real Madrid CF announced earlier today that the club has sacked Carlo Ancelotti, their Italian manager. After a disappointing end to the 2014/15 season, when Los Galacticos failed to win a single competition, it was widely speculated Carlo Ancelotti will be on his way out in summer.

The widespread rumours have turned out to be true as the Spanish club parted ways with the manager who helped them win La Decima. In 117 matches as Real Madrid boss, Ancelotti won 87 with a terrific win ratio of 74%. In his two seasons, the Italian had delivered UEFA Champions League, Copa del Rey, UEFA Super Cup and Club World Cup but fell prey to the axe due to Madrid’s faltering second half of the recently concluded season.

Real Madrid crashed out of the UEFA Champions League in the semi-finals against Juventus and finished two points below La Liga champions Barcelona. What would have counted as a decent finish in any other club, was unfortunately deemed to be unsuccessful by Florentino Perez and the rest of the Real Madrid board. Real Madrid had spent extensively bringing in the likes of James Rodriguez and Toni Kroos, who were stars at the 2014 World Cup.

The continued decline of Iker Casillas, absence of a good deputy to Karim Benzema and unfortunate injuries to key players suggest the blame was not entirely Ancelotti’s. However, in the modern footballing world of ever-changing managerial reigns at top clubs, Carlo Ancelotti had to pay the price for the club’s shortcomings.

Rafael Benitez has been widely tipped to take over as the next Real Madrid boss.