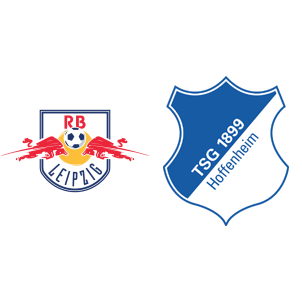 The Bundesliga title might have already been decided in favor of Bayern Munich, but the race for European qualification still continues. RB Leipzig and Hoffenheim are placed fifth and sixth respectively in the league standings.

While RB Leipzig have forty-seven points, Hoffenheim have forty-six points similar to the seventh-placed Eintracht Frankfurt and these three clubs are battling for the two UEFA Europa League spots, with Bayer Leverkusen and Borussia Dortmund (both clubs are on fifty-one points) being the most likely to qualify for next season’s UEFA Champions League.

Marcel Halstenberg, Konrad Laimer, Dayotchanculle Upamecano and Marcel Sabitzer miss out for the hosts due to injuries while Dennis Geiger is the visitors’ only injury concern.

“We have the opportunity to get the most out of the season in the next four weeks. We have to focus fully on that. We need to use the time to roll up our sleeves and minimize deficits.

Together with the fans, we want to celebrate a nice football festival again this weekend – I’m looking forward to that! We know that we have to win against Hoffenheim.”

According to RB Leipzig vs Hoffenheim H2H Stats, the last three matches between these two clubs have resulted in a win, a loss and a draw for either side.

Hoffenheim are undefeated in their last seven Bundesliga matches and it is likely to be a closely contested affair. A 1-1 draw is the most probable outcome of this game.