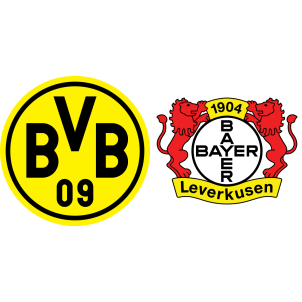 It is an extremely significant match for both clubs, for they are competing for the final two UEFA Champions League spots and are placed third and fourth in the league standings.

Both clubs have fifty-one points to their name and are only separated by Bayer Leverkusen’s superior goal difference. While Bayer Leverkusen defeated Eintracht Frankfurt 4-1 in their last game, Borussia Dortmund lost 2-0 to Schalke 04.

Sebastian Rode, Erik Durm, Dan-Axel-Zagadou, Shinji Kagawa, Raphel Guerreiro, Andre Schurrle and Michy Batshuayi miss out due to injuries while the visitors will be without the suspended Lars Bender and the injured Wendell.

“Of course, Borussia Dortmund will be a little uncertain. So we’ll have to play on the front foot from the start and prevent them from settling down – we just have to bring our strengths and quality into the game. We have to be prepared for that and give absolutely everything.”

While Borussia Dortmund are have won their last three home league games, Bayer Leverkusen are undefeated in eleven of their last twelve away matches in the Bundesliga.