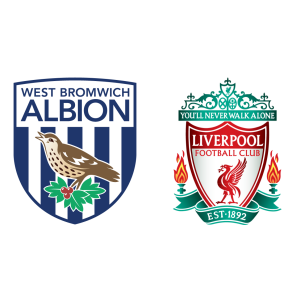 West Bromwich Albion’s surprise 1-0 victory at the Old Trafford in their last game not only handed Manchester City the title, but it also gave them a boost in their race for survival from relegation, but the Baggies are still placed twentieth in the league standings with twenty-four points.

Liverpool, third in the league standings with seventy points have had a decent allround season in spite of their stumbling start in the first few weeks and Jurgen Klopp’s side played out a convincing 3-0 win over AFC Bournemouth in their previous league outing.

Daniel Sturridge is ineligible against his parent club while James Morrison and Nacer Chadli are injured. Gareth Barry and Jonny Evans will face late fitness tests.

Joel Matip, Adam Lallana and Emre Can are the visitors’ primary injury concerns.

The odds are stacked heavily in favor of the visitors. Although the Baggies are expected to put up a tough fight, a 2-0 win for Liverpool is the most likely result.