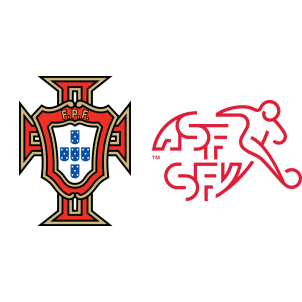 Portugal vs Switzerland – Portugal hosts Switzerland at Estadio da Luz, Lisbon on 10th October, Tuesday in a crucial Group B fixture of the 2018 FIFA World Cup qualifiers for the UEFA nations.

The Group B is placed at an interesting juncture with Switzerland leading the group with twenty-seven points while Portugal are placed second with twenty-four points.

A win for either side means they will automatically qualify for the 2018 FIFA World Cup, while a draw will see Switzerland go through, and the European Champions Portugal facing a play-off battle to book their tickets.

Switzerland have had an incredible run in the qualifiers winning all of their nine games, including a 2-0 win over Portugal in the reverse fixture in the September of last year. Since that loss to the Swiss team, Portugal have all but turned a corner, winning the following eight qualifiers.

There are no major injury or suspension concerns for either side. Cristiano Ronaldo came off the bench to score against Andorra and is likely to start tonight.

According to Portugal vs Switzerland H2H Stats, Switzerland have won their two previous meetings with Portugal. Portugal have kept a clean sheet in 6 of their last 8 matches in the qualifiers for the FIFA World Cup and are the favorites at home tonight.

While Switzerland have scored at least 3 goals in their last three matches, Portugal have netted at least twice in seven of their previous eight FIFA World Cup qualifiers. With qualification on the line, it is likely to be a high scoring match.

It should be a closely contested affair, but Portugal are likely to win 2-1.