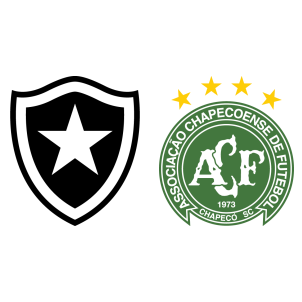 Botafogo are sixth in the league standings with forty points while Chapecoense are twelfth with thirty-two points after twenty-six matches.

Although Corinthians have taken up a major lead at the top of the table, the mid-table clubs are narrowly separated and have everything to play for in the remaining games. Botafogo are coming off a 2-3 loss at the hands of Vitoria while Chapecoense drew their last game against Vasco da Gama with a 1-1 scoreline.

Leonardo Valencia is suspended for the home side while Airton and Rodrigo Pimpao are sidelined through injuries. Gatito Fernandez, on international duty, also misses out.

The visitors will be without the injured Nathan, Osman Junior, Lucas Marques and Joao Pedro.

According to Botafogo RJ vs Chapecoense H2H Stats, Botafogo have won two and lost three of their five previous games against Chapecoense.

While there have been under 2.5 goals scored in eight of Chapecoense AF’s last nine league games, Botafogo RJ have scored at least 2 goals in their last 5 matches in the Brasileirao Serie A.

Although Botafogo are the higher ranked side going into this game, Chapecoense came into their own before the international break and would look to carry forward their momentum. While Chapecoense are dangerous from setpiece situations, Botafogo have been lethal in counter-attacks and it should be an interesting tactical battle.

It should be a closely contested affair but Botafogo are likely to win 2-1 tonight.