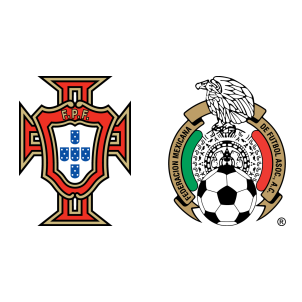 Portugal vs Mexico – Portugal face Mexico at Kazan Arena on 18th June, Sunday in a Group A fixture of the Confederations Cup.

The European champions will love to start with a win tonight, especially amidst the tax fraud allegations surrounding Cristiano Ronaldo to avoid further distraction, but Mexico will prove to be tough opponents.

Russia won 2-0 against New Zealand in the opening fixture of the competition. Australia, Cameroon, Chile and Germany have been drawn in Group B and will vying for the finals as well.

“Regarding Ronaldo, he is motivated, and what I can see is that he is taking the competition very seriously and is totally dedicated to training and thinking about the next game against Mexico.

As for my partnership with Ronaldo, it’s a dream. Since I began playing on big stages I always imagined playing alongside him or playing on the same level as him. I’m happy to play with my captain.”

“It goes without saying that Ronaldo’s a great player. But we’re a great side too, and I’m sure we can stop him. It doesn’t matter what your name is or the league you play in: we’re all in this together and we’re all fighting for the same objective. That’s very important.”

According to Portugal vs Mexico H2H Stats, Portugal have won both of their previous two fixtures against Mexico.

it should be a closely contested affair but Portugal are likely to win 2-1 tonight.