Portugal U21 vs Serbia U21 – U-21 European Championship – Preview 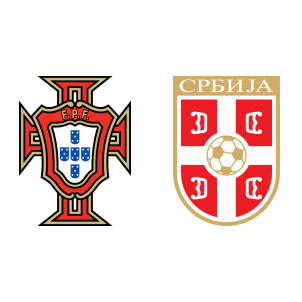 Portugal U21 vs Serbia U21 – The U-21 sides of Portugal and Serbia face each other at Zdzisław Krzyszkowiak Stadium, Bydgoszcz on 17th June, Saturday in their first Group B match of the U-21 UEFA European Championship.

Portugal were the runners-up in the 2015 U-21 UEFA European Championship when they were defeated by Sweden in the finals. Serbia will be the under-dogs tonight as they take on a loaded Portugal side, one of the pre-tournament favorites.

This season, the format of the competition (which is held every two years) has been expanded to include twelve teams divided into three groups of four.

Rui Jorge is expected to make quite a few changes in the Portugal line-up. Serbia will be without their star player Sergej Milinkovic-Savic and will be looking towards Uros Djurdjevic, the top scorer in Serbia’s first division last season for the attacking plaudits.

According to Portugal U21 vs Serbia U21 H2H Stats, Serbia have won the previous two meetings between the U-21 sides of these two nations.

Serbia, because of their strikeforce are likely to get on the scoresheet but the Portuguese U-21 side have the quality to win the game.

A 2-1 win for Portugal is the most likely result.