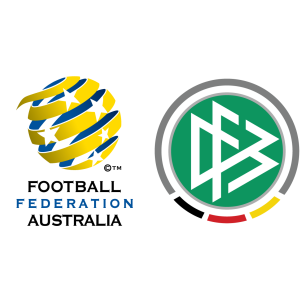 Australia vs Germany – Australia face Germany at theOlimpiyskiy Stadion Fisht on 19th June, Monday in a Group B fixture of the Confederations Cup.

Australia and Germany have been drawn in Group B of the Confederations Cup alongside Cameroon and Chile, who played against each other yesterday.

Russia, New Zealand, Portugal and Mexico form Group A, with the top two teams of each group set to qualify for the semi-finals. Germany, the 2014 FIFA World Cup champions, are the pre-tournament favorites alongside Portugal.

Mike Jedinak has been ruled out due to an injury. Germany, meanwhile, are in the process of re-building after quite a few international stars retiring over the last couple of seasons and Joachim Loew is expected to field a young line-up.

“We performed really well (in Brazil) but lost three games. We certainly don’t want to be in that boat again where we play, compete well, but not win. Having said that, there won’t be satisfaction for me if we win and don’t play well.

When the teams walk out tomorrow, if I had to have a guess, I reckon we will be younger. If people actually want to do some research, have a look tomorrow who the younger team is.”

According to Australia vs Germany H2H Stats, the last four matches between these two nations resulted in two wins for Germany, one win for Australia and one draw.

Australia have lost only one of their last ten international matches, but were beaten 4-0 by Brazil in that loss. Germany have won eight of their previous ten games and are likely to win 2-0 tonight.