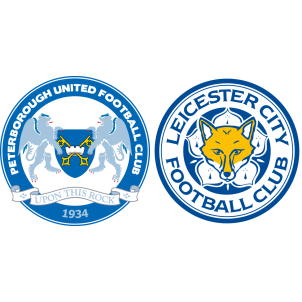 Peterborough United defeated Tranmere Rovers, Woking and Aston Villa in the earlier rounds but needed replays to progress forward in their first two rounds in the competitions.

Leicester City, on the other hand, defeated Fleetwood Town 2-0 in a replay to progress to the fourth round after a goalless draw away at the League One side.

Peterborough United do not have any injury or suspension concerns, while Leicester City will be without the injured Wes Morgan and the unfit Danny Simpson and Robert Huth.

“We’ve been solid. It’s not just the defence, it’s the guys in front of them as well. The team starts with the front and Vardy sets the tone. It’s very satisfying. The less I have to do, the better. Goalkeeping isn’t just about making saves, it’s about organizing things at the back. The communication in defence is very, very good; we’re very organised. When we do need to put bodies on the line, we do just that.”

According to Peterborough vs Leicester City H2H Stats, the last five matches between these two clubs have resulted in two wins for either side and one draw, although their last meeting came in the 2012/13 Championship season.

Peterborough United are undefeated in 13 of their last 14 matches in the FA Cup, so the Posh will be confident of holding back Leicester City especially at home.