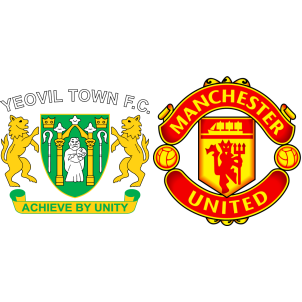 Yeovil Town defeated Southend United, Port Vale and Bradford City in the earlier rounds while Manchester United secured a comfortable 2-0 victory over Derby County in their third round tie.

Having already been knocked out of League Cup and all but losing the Premier League title to Manchester City, the FA Cup is the best hope for a trophy for Jose Mourinho’s side this season and Manchester United are expected to field a strong lineup.

Otis Khan is suspended for Yeovil Town while Manchester United will be without the injured Zlatan Ibrahimovic, Eric Bailly and the unfit Michael Carrick.

According to Yeovil Town vs Manchester United H2H Stats, the only previous meeting between these two clubs came in the 2014/15 FA Cup season which resulted in a 2-0 win for Manchester United.

Manchester United have won their last four games on the trot and are yet to concede in over 500 previous minutes of action. Manchester United are the clear favorites in this fixture and a 2-0 win for Jose Mourinho’s side is the most likely result.