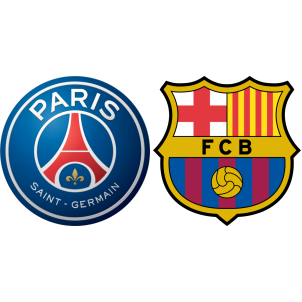 Paris Saint-Germain have made it to the quarter-finals of Europe’s premier competition for the last four seasons but the defending Ligue 1 champions have never faced a sterner test than the five-time European Champions Barcelona at this stage.

Barcelona will enter this match brimming with confidence after thrashing Alaves 6-0 in the weekend and are the favorites in spite of the French club’s growing stature in the UEFA Champions League.

Thiago Silva is injured while Thiago Motta is suspended. Javier Pastore and Grzegorz Krychowiak are still regaining match fitness and are unlikely to feature. Barcelona will be without the injured Aleix Vidal and Javier Mascherano while Rafinha will face a late fitness test.

‘The squad is very motivated. We don’t feel inferior to anyone. We have very important players who are growing at PSG and who want to write a wonderful story, as individuals and with PSG.

We want to seize this chance because we’re playing against one of the best teams in Europe and the world. It’ll be difficult for us – but also difficult for them.”