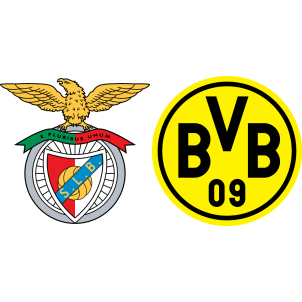 Benfica won two, lost two and drew two of their six matches during the group stage of the UEFA Champions League, finishing second behind Napoli in Group B. Borussia Dortmund, meanwhile, topped Group F finishing ahead of Real Madrid with fourteen points.

Benfica will be the favorites for this match considering their home form and Borussia Dortmund’s recent stumble against Darmstadt in a Bundesliga fixture.

Alejandro Grimaldo and Andre Horta are sidelined through injuries while Andrija Zivkovic is suspended. Borussia Dortmund will be without the injured Mario Gotze, Sven Bender, Nuri Sahin and Sebastian Rode.

“To face Benfica is a great task and a great challenge for us to play in this stadium. It’s an offensive team with fast combinations. When it develops its attack becomes very dangerous, with many variations. Moreover, it defends very compactly. It is a very complete opponent, so we are looking forward to the game with great expectations.”

According to Benfica vs Borussia Dortmund  H2H Stats, these two clubs have never met before in a competitive match. There have been over 2.5 goals scored in seven of Borussia Dortmund’s last eight games in the UEFA Champions League.

Borussia Dortmund are undefeated in their last 6 matches in the UEFA Champions League. It should be a closely contested affair with a 2-2 draw being the most likely outcome.