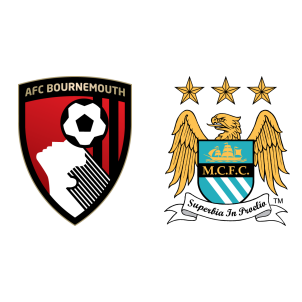 A win could help Manchester City leapfrog to the second position and within eight points of Chelsea. Pep Guardiola’s side are currently on the fifth position with forty nine points, trailing Tottenham Hotspur and Arsenal by one point.

Bournemouth, who have failed to win any of their last five matches, are fourteenth with twenty six points. They conceded six goals against Everton in their last league outing.

Callum Wilson, Charlie Daniels and Adam Federici are sidelined through injuries for Bournemouth. Manchester City will be without the injured Ilkay Gundogan.

“We are more stable, we control more, but every game is completely different. Bournemouth is a tough, tough game. It’s outstanding what [Bournemouth] have done. They are an honest team – it will be a tough game, I have no doubts about that.”

According to Bournemouth vs Manchester City H2H Stats, Manchester City have won all the three previous meetings with Bournemouth, scoring at least four goals in all matches. There have been over 2.5 goals scored in Man City’s last five games and seven of Bournemouth’s eight previous Premier League games.

Bournemouth have conceded at least 2 goals in their last 5 matches and Manchester City should win comfortably with 3-1 being the most probable scoreline.