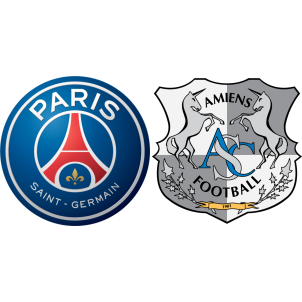 Paris Saint-Germain finished runners-up in Ligue 1 last season, eight points behind AS Monaco while Amiens, who will be playing in the French top division for the first time, were promoted after finishing second in the Ligue 2.

All eyes will be on Paris Saint-Germain after they completed the statement signing of Neymar from Barcelona. The French club has always been adamant that their ultimate aim is to win the UEFA Champions Leauge and by keeping Veratti and signing Neymar, they will be genuine contenders for the title.

Neymar is unlikely to feature tonight but should be available next game onwards. The visitors have a healthy squad to choose from.

“I wanted a new challenge. This was about ambition. My heart told me that it was time to sign for Paris St Germain. It was the right time to leave Barcelona and find new challenges.”

“It would be presumptuous on my part to say that this season will be easy. It will be very difficult. Our team is under construction and we will need to be patient, like we were when we came up from the National to Ligue 2.”

According to Paris Saint-Germain vs Amiens H2H Stats, Paris Saint-Germain won the only previous meeting between these two clubs. The hosts are the absolute favorites and expected to win by a good margin. A 3-0 win for Unai Emery’s side is the most likely result tonight.