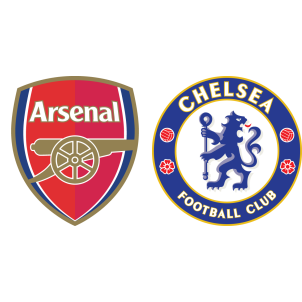 Arsenal vs Chelsea – Arsenal play Chelsea at the New Wembley on 6th August in the Community Shield game, which acts as a rehearsal for the new season.

Arsenal have strengthened their squad while Chelsea manager Antonio Conte has repeatedly voiced his concerns regarding the quantity and quality of his squad, with the season expected to start tonight.

Although the Community Shield is more or less considered a friendly rather than a serious trophy, a win tonight will give the victorious fans bragging rights. A repeat of the FA Cup final, when Arsenal completely outplayed the Premier League champions is expected by fans and pundits alike.

Chelsea will be without the injured Eden Hazard, Tiemou Bakayoko and the unfit Alvaro Morata.

“Arsenal is a potential rival this season because I consider Arsenal one of six teams ready to fight to win the title and I consider Arsene Wenger to be one of the best coaches. He is a very good coach and he has had a lot of time to build his team and his squad, and I think he is the right choice for them.”

According to Arsenal vs Chelsea H2H Stats, Arsenal have won two and lost three of their previous five meetings against Chelsea in all competitions.

It should be a closely contested affair but a 2-1 win for Arsenal is the most likely result.